It was one of the largest gatherings in its history The event began with a dinner catered by Shawn O'Donnell's, followed by our guest speaker, Mike Rohrbach. 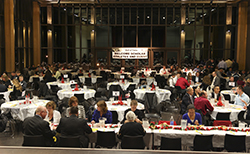 “People say, ‘The sky is the limit,’ but there’s footsteps on the moon. I really take that to heart,” Nick Alonso said. “If you put your mind to it anything is possible.”
We recognized all of the student athletes in attendance, five of whom were awarded scholarships to help them further their education. 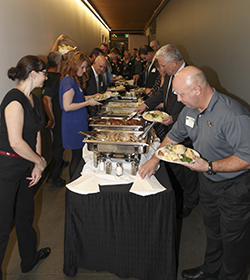 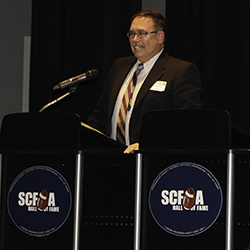 Mike Rohrbach is the Founder & Director of Run To Win Outreach, a youth sports outreach program. He served as State Director for the Fellowship of Christian Athletes for 14 years before establishing Run the Win in 1992 along with his wife Karen. Mike attended Ingraham High School and the University of Washington. As a scholarship football player at the UW he played as a fearless, hard hitting linebacker and was Co-Captain of the 1977 and the 1978 Rose Bowl champion Huskies.

Mike was also the volunteer chaplain for the UW Huskies football team for 17 years and is currently the chaplain for the Husky Men's Basketball team. He is author of the book, "Run 2 Win - Chapel Talks For Athletes, Coaches And Sports Fans". Mike also is the Recipient of the 2009 President's Council on Physical Fitness & Sports Community Leadership Award and also the recipient of the 2012 University of Washington David Cohn Award for service to the UW Athletic Department. 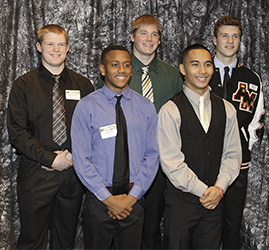 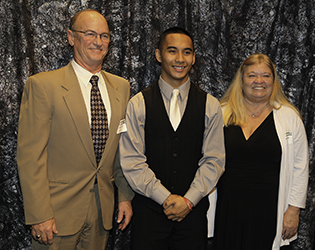 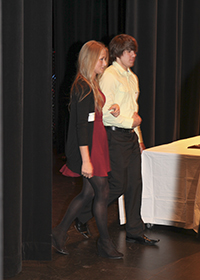 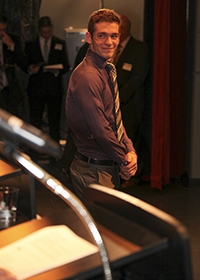 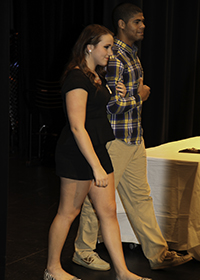 A BIG thank you to all of the sponsors and those who donated along with the members of the Snohomish County Football Officials Association. The Hall of Fame Banquet and scholarships awarded are funded entirely by donations from individuals, local businesses and SCFOA Hall of Fame Golf Tournament. You can read more about this years event in the Everett Herald by clicking here. If you are interested in making a tax-deductible donation, sponsoring a table, participating in our 3nd annual fund raising golf tournament or attending future Snohomish County Football Officials Scholar Athlete Banquets please contact Jim Carter (425) 327-5732. 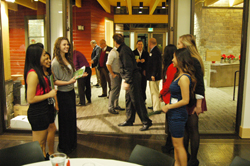 Cheer squad from Cascade High School greeted guests We honored many deserving student athletes from 24 high schools. The event began with a dinner catered by Shawn O'Donnell's, followed by our guest speakers. The Seattle Seahawks helped the Snohomish County Football Officials honor the student athletes in attendance, five of whom were given scholarships to help them further their education.

Seahawks punter Jon Ryan and placekicker Steven Hauschka were the featured speakers at this year's celebration. "High school was probably the most memorable years of playing sports in my life," Jon Ryan said to those in attendance. “Really cherish these times. Really enjoy each other. These are the times you'll never forget."

The evening concluded with honoring all the student athletes accomplishments and the award presentations: 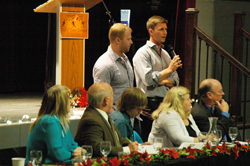 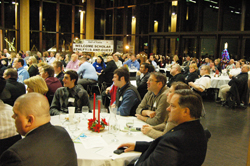 "That was the first Seahawk I've ever seen in person, and to have them shake my hand & say congratulations to me is pretty exciting." Lucas Waller - Lineman & award winner 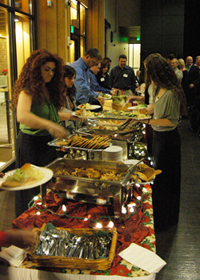 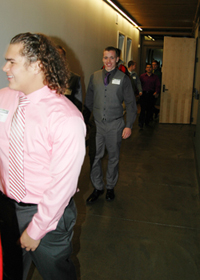 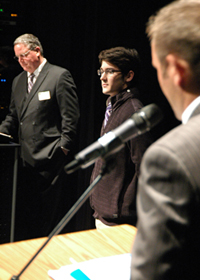 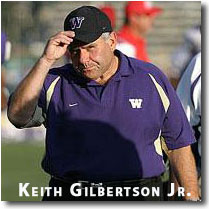 The 2012 Annual Hall of Fame Scholar Athlete Awards Banquet was held on Wednesday December 5th 2012 in the Edward Hansen Conference Center at the Comcast Arena in Everett Washington. Legendary coach and Snohomish product, Keith Gilbertson, Jr. was the guest speaker for the 31st annual banquet.

He may have brought some luck to a couple of Snohomish Panthers in attencance. Kyle Gionet and Tanner Perry from Snohomish High School each won scholarships from the Snohomish County Football Officials Hall of Fame. Along with Kyle and Tanner, Mountlake Terrace's Alex Hansen, Granite Fall's Thomas Eadie III and Lake Stevens Blake Sander, who all took home a scholarship.

Gilbertson said after the ceremony. "All of these young people are incredible, it's just amazing to me the quality of the resumes. All of the things they've done. Not just athletically, but academically as well. And giving back to the community too. I was really overwhelmed by all these student athletes." 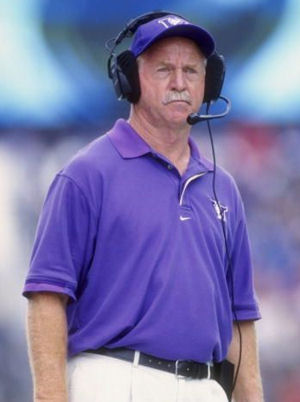 Jim Lambright is best known for his long association with the University of Washington football program. Jim played for the Huskies from 1960-1965, and graduated with a degree in education. After graduation, he began his coaching career at Fife High School and later at Shoreline Community College. In 1969, Jim joined the UW coaching staff under the coached he played for, legendary coach Jim Owens.

Jim served as Defensive Coordinator for the Huskies for 15 year, under Jim Owens and Don James, and it was his “attack-style” defense that created havoc for opposing teams. Under Jim’s leadership, the defense for the UW’s 1991 National Championship team led the nation and the PAC-10 in nearly every category.

During the 1993-1998 seasons, Jim Lambright was the Head Coach of the Husky football team. His teams were bowl eligible every year, won one PAC-10 title and led his team to four post-season bowl games.

During his coaching career, Jim honed his skills as a teacher, mentor and team builder. When he left the University of Washington in 1999, Jim translated his football coaching skills to the business world. He joined Lou Tice and The Pacific Institute as a Vice President and Keynote speaker, encouraging and challenging people to build strong work teams through communication, dedication, commitment and trust. Building a team on the field required the same elements as building a team on the production floor, in an office, or in the boardroom. Whether he is speaking around the world to audiences as large as 5,000 or mentoring one-on-one, Jim is a natural because he considers himself a teacher first. His dedication to education and mentoring and his ability to bring out the best in others has garnered him the respect of all who meet him in the sports community and the world as a whole.

An Everett native, Jim and his wife Lynne, make their home near Woodinville. They have six children and nine grandchildren. Jim continues his speaking and corporate team building while heading the Jim Lambright Niemann-Pick Foundation to search for a cure for Niemann-Pick, Type C. A neurogenetic disease that afflicts two of their sons. His vision has changed from next week’s game, to corporate team building and to creating a renowned medical research team at the UW School of Medicine dedicated to finding a cure for Niemann-Pick, Type C.

As a team-building and leadership consultant, Jim now works with Turner Construction and other companies creating positive growth and change in their leaders and teams. His keynote speaking and mentoring continue to touch and change peoples lives.